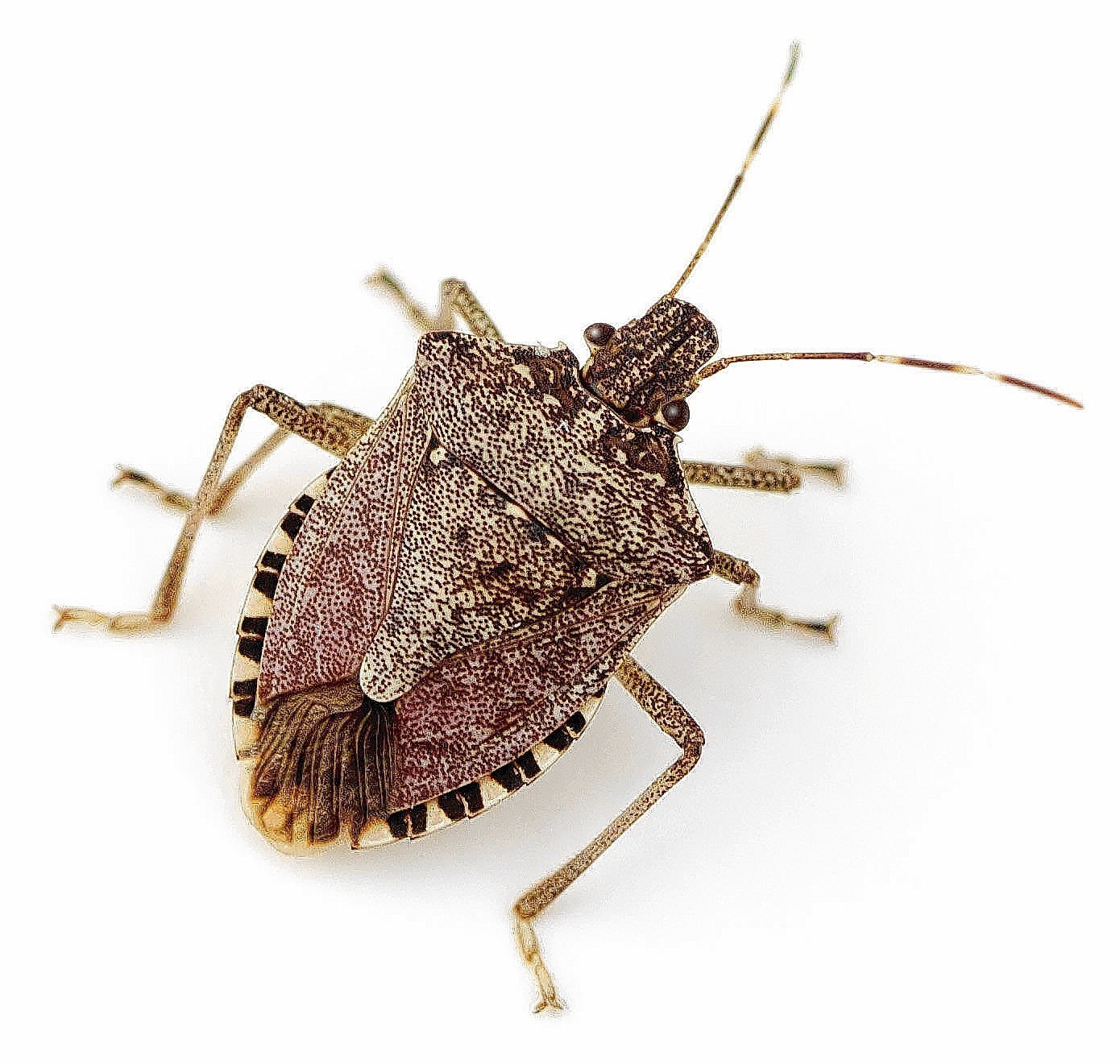 Are you finding that your home has also become home to brown, shield-shaped bugs that produce an unpleasant odor when you kill them? You, like many in the Northeast, are finding yourselves overrun by the Brown Marmorated Stink Bug. These herbivores are generally between 0.5 and 0.7 inches long. Stink bugs get their name from the smell they produce when they feel threatened, which is a chemical that is produced in their thorax, a small section of their body between their first and second pair of legs

While these have become common household pests for many, these bugs are considered to be an invasive species. These came to the United States from Easter Asia in the mid-1990s. The bug was first brought to Allentown, Pennsylvania in 1996, and it was formally identified in 2001. By 2004, these bugs had spread through much of the East Coast, however, they have been identified in 44 of the states. Adult stink bugs fly well, and females can lay up to 400 eggs in their lifetime, both of which contributed to their rapid spread in this country.

Homeowners generally find these pests in their homes during the summer and in autumn. As the weather cools, these insects enter buildings, attempting to find an area where they can spend their dormant months. While they can be present anywhere in a home, these insects are most prevalent in sunny areas or the sunny side of a home, as they like to warm themselves with the sun. Homeowners should take steps in the late spring and early summer to prevent stinkbugs from entering. Such steps include sealing cracks around windows, doors, and utility pipes, ensuring damaged screens are replaced, and changing outdoor lights to a less attractive choice, such as yellow bulbs or sodium vapor lights.

How To Get Rid of Stinkbugs 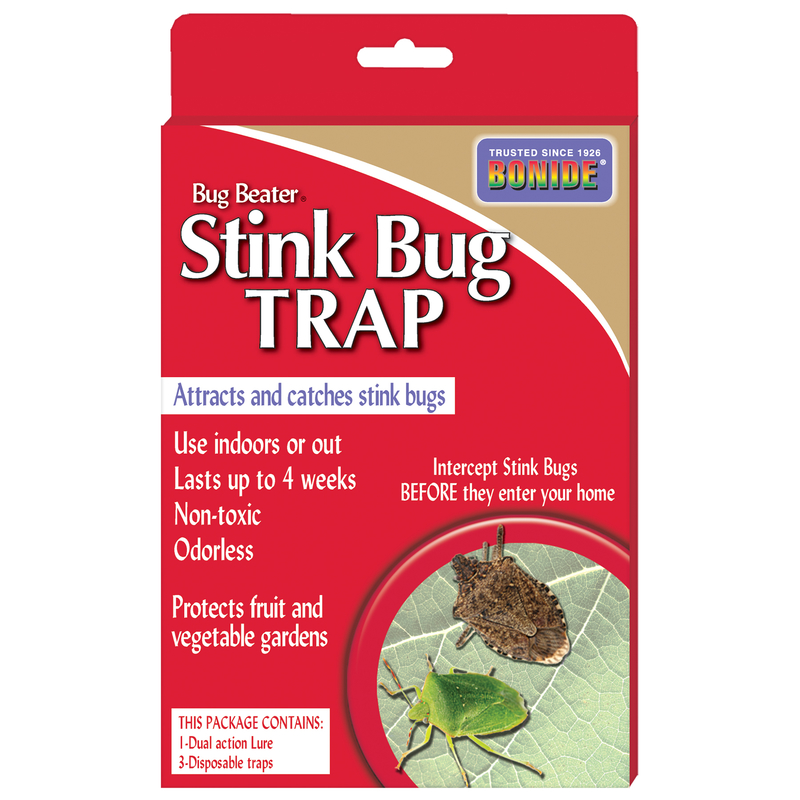 There are ways to eliminate these pests, however, should you find them in your house. For example, Bonide BugBeater Stinkbug Traps are an option. These traps come three to a pack and have a pheromone lure inside. These traps are made of natural ingredients and are effective for up to four weeks. You can also spread a layer of diatomaceous earth around the exterior of your residence to keep more of these bugs from entering. Diatomaceous earth is a powder originating from sedimentary rocks, which is high in silica. Given its high silica content, it is highly effective at killing bugs with exoskeletons, such as stink bugs.

Did you know that many insects, including stinkbugs, do not like the smell of peppermint? If you are trying to avoid stinkbugs entirely, you can spray a mixture of peppermint oil and water around all possible entrances. This is a safe, easy-to-make repellent that will not only deter many insects, but it will also serve as an air freshener!

Not looking to make your own? No worries! The Co-Op sells Rodent Sheriff and Mouse Magic, both of which contain peppermint oil to deter vermin.